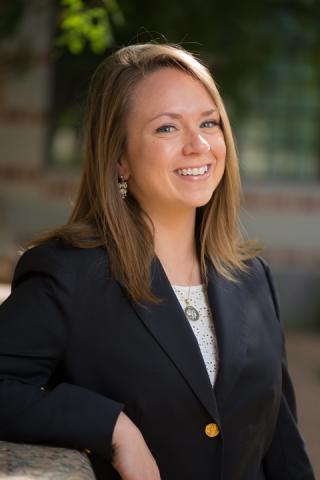 Lillie Besozzi is the executive director at the Doerr Institute for New Leaders at Rice University. As the operations oracle, she is the chief problem anticipator, bureaucracy whisperer, resident empath, and general peacekeeper.  From human resources to general council to managing the endowment – Lillie makes the Doerr system run.  She manages the details so her colleagues can focus on their leader development passions.

Prior to working at Rice University, she managed the Center for Reconstructive Surgery at MD Anderson Cancer Center, a practice of 19 plastic surgeons. Lillie served as an Army Medical Service Corps officer for eight years, to include tours in Korea and Iraq. In addition to hospital administration, she has also worked in residential property management and engineering sales. She holds a BS from the United States Military Academy at West Point and an MBA from Rice University.

When she isn’t listening to podcasts, scuba diving, or watching reality dating shows, she is on Texas’ 2nd Congressional District academy nominations board, a committee member for the Houston Livestock Show and Rodeo, and a member of The Daughters of the American Revolution.