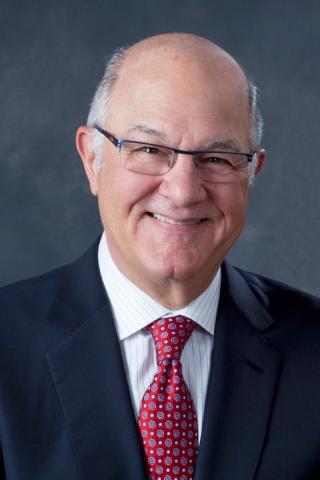 Jim Kouzes is a bestselling author, an award-winning speaker and, according to the Wall Street Journal, one of the ten best executive educators in the United States. Jim has been thinking about leadership ever since he was one of only a dozen Eagle Scouts selected to serve in John F. Kennedy’s honor guard when Kennedy was inaugurated President of the United States. Kennedy’s inaugural call to action, “Ask not what your country can do for you; ask what you can do for your country,” inspired Jim to join the Peace Corps, and he taught school in Turkey for two years. That experience made Jim realize that he wanted a career that offered two things: the chance to teach and the opportunity to serve. It was in his first job back in the U.S., where Jim trained Community Action Agency managers, that he found his calling. Jim has devoted his life to leadership development ever since. Jim is the Dean’s Executive Fellow of Leadership, Leavey School of Business, Santa Clara University, and he lectures on leadership around the world to corporations, governments, educational institutions, and nonprofits. His professional speaking and executive development focus on the original research he and coauthor, Barry Posner, have conducted. They are best known for their seminal work, The Leadership Challenge, first published in 1987. Now in its sixth edition, The Leadership Challenge has sold over 2.5 million copies and has received numerous awards, including selection as one of the 100 best business books of all time by 800-CEO-READ. Jim has coauthored over thirty other publications, including Credibility, The Student Leadership Challenge, The Truth About Leadership, Making Extraordinary Things Happen in Asia, Encouraging the Heart, A Leader’s Legacy, Learning Leadership, and Stop Selling & Start Leading (with Deb Calvert). Over 700 academic studies have been based on their model, The Five Practices of Exemplary Leadership®.

Jim also co-developed the widely used and highly acclaimed Leadership Practices Inventory® (LPI), a 360-degree questionnaire assessing leader behavior. Over 500,000 leaders and 3 million observers have completed the LPI. It has been called "the most reliable, up-to-date leadership instrument available today."

Jim is the recipient of the Thought Leadership Award from the Instructional Systems Association, listed as one of HR Magazine’s Most Influential International Thinkers, named one of the Top 100 Thought Leaders in Trustworthy Business Behavior by Trust Across America and honored as one of its Lifetime Achievement recipients, selected by the Association of Corporate Executive Coaches as an International Executive Coach Thought Leader of Distinction, and presented with the Golden Gavel by Toastmasters International. He and his coauthor are also the recipients of the American Society for Training and Development (ASTD) Distinguished Contribution to Workplace Learning and Performance Award.  He serves on the advisory boards of the School of Leadership Studies at Gonzaga University, Positive Coaching Alliance, Executive Development Associates, and InnerWill.

In addition to his research and writing, Jim is an experienced executive. He served as president, then CEO and chairman of the Tom Peters Company (TPC) from 1988 until 2000. Prior to his tenure at TPC he directed the Executive Development Center at Santa Clara University from 1981 through 1987. He also founded the Joint Center for Human Services Development at San Jose State University, which he directed from 1972 until 1980.